Inspired by stories of space weather research from Dr Sophie Murray from DIAS Dunsink Observatory and Brendan Owens, Chandrika created poems about the everyday moments of change and innovation in their research lives.

​Created as part of the Science Gallery Dublin Rapid Residency 2021, and funded by the Arts Council of Ireland.​
​Supported by DIAS Dunsink Observatory.

Read the poems and their backstories

Practical Magic
In the machine, the cycle of things
The writing, the publishing,
The thin white papercut of it,
The printing, the pulping, the new Word Document of it.

And then, a fissure:
A moment where the machine has faltered, and
You are turned mechanic.
There is an unexpected comfort of
The tools in your hand and the
Clarity of a headlight, and now comes

The setting down of a mantle,
The taking up of a toolbelt.
You understand the cogs, the
Nuts, the bolts, the conveyer belt
Of ideas, the Doing of Things,
The burning bright goodness of it and

The papers are left bleaching in a sunlit room
While you sit, connected, electric,
Elated and alive, and
The machine is you
And it is yours.

This poem is inspired by Dr Sophie Murray talking about how she shifted careers. She was in the cycle of publishing papers and applying for grants, and one day she had to apply for funding but the financial staff were on holiday, so she had to manage the more practical side of the proposal herself. She found that it came easy to her, and realised she was far more suited to the practical side of things, where she can make projects happen, work with software, and utilise her unique combination of skills in a space that is more collaborative and exciting. She has successfully carved out roles made just for her from that moment on.
​
Ensemble
In the thin moments between a thought and a breath
When a spark pushes through
We breathe into it, tentatively,
Coaxing it to life, until

A roomful of exhalations sets the blaze flickering
Across a hundred open hands and smiling eyes.
Praise is coating our skin like honey;
We are friendly gods, and we revel in it.

The fire settles,
The seeds pop open,
And now there is the slow bake of
Embers glowing, pulsing, burning our hands.

Can you feel the warmth of it?

This poem was inspired by Dr Sophie Murray telling me about how she and her research partner discovered a breakthrough about ‘ensembles’ in solar flare research. They then attended the American Geophysical Union Meeting to present their findings. They were worried about talking to an unfamiliar audience and that their very niche research wouldn’t be received well. However everyone in the room loved their research, and they were practically mobbed after giving their talk and have made huge connections and progress through the people they met that day. It was a pivotal point in Sophie’s research career.
​
Citizen Science
One or two Guinnesses down
The promise of
‘We won’t talk about work’ long broken.
We huddle around the smallness of something,
The closed doors of it,
The integrity of its structure.

But the liquid has us loosened and
The walls fall away,
The realisation that the idea is
Liquid, not solid,
It is an ocean and not a pebble,
And what we needed all along was not a fortress,
But a fleet.

This poem was inspired by Dr Sophie Murray telling me about her and a fellow solar flare researcher meeting in a pub, and after a few drinks they realised their research would be best progressed through a citizen science project called Sunspotter. Sophie mentioned that she was not big into public engagement as a student, and this researcher brought those ideas to the table. From their informal conversation a new large-scale project was born.
​
Further Research Is Required
It’s a Christmas-fresh morning
The anticipation, the readiness, the
Excitement of finding yourself to be
At the centre of things, at the pinpoint of the universe
For one split moment, the euphoria, the

Absolute
Lack
That awaits you.

The absence of
Evidence
Correlation
Confirmation.

It is Christmas morning and there is
Nothing under the tree.

This poem was inspired by Dr Brendan Owens, Open Science Coordinator at Science Gallery Dublin, and an astrophysics researcher. As part of his thesis research on solar flares, he had set up a telescope to work alongside X-rays, hoping to find a correlation between the two. This poem is based on his memory of the morning when he went to check his results and found that his hypothesis was wrong, and his entire thesis has essentially resulted in nothing.
​
Reinventing the Wheel
An incredulous look
Shared in good humour
Amongst the bafflement, the
‘Why on earth would you do it that way?’

And the settling of the moment,
The way it all falls apart,
The way things as you know them are burnt away
Until you are
Weightless
Singed to a crisp
And then

Glowing as you step into a
New realisation
Baptised in the cool waters of the
‘Yes’
The
‘I see now’
The raw shine under the scabs
Where etched under the pink skin
It is written
‘This Is How We Make It Work.’


This poem was inspired by the story Dr Sophie Murray told me about when she met with a Met Weather forecaster, and presented forecasting information based on data about solar research. To her dismay the forecaster told her that her way of going about her research was 20 years out of date. That was the turning point when she realised if she used the technology and processes of everyday weather forecasting, rather than research specific to solar research, she could completely change the way she did her job, and she hasn’t looked back since. ​
Biographies
​CREATIVE TEAM
Chandrika Narayanan-Mohan is a Dublin-based writer, performer, and cultural consultant from India. Her work has been published in Writing Home: The ‘New Irish’ Poets and Local Wonders from Dedalus Press, the Irish Chair of Poetry’s Hold Open the Door anthology, Queering the Green by Lifeboat Press, Banshee, Honest Ulsterman, and Poetry Ireland Review, amongst others. Chandrika has been selected for the Irish Writers Centre’s XBorders programme twice, and in 2021 was a Poetry Ireland’s Introductions poet and a Science Gallery Dublin’s Rapid Residency Artist.  She was also editor of Poetry Ireland’s Trumpet issue 9, and is a book reviewer for Children’s Books Ireland’s Inis magazine. Chandrika is also on the Board of the Irish Writers Centre.

Denis Clohessy has been creating music for film, television and theatre for more than 20 years including some of Ireland’s most memorable film and stage productions from the last two decades. Some of his most notable work to date includes His and Hers (Venom films), Older ThanIreland and Under The Clock (Snackbox Films), The Irish Pub (Atom Films) and the recent Covid lockdown hit Abbeyfeale Good (Atom Films). He has also composed for a multitude of television productions including the Limits of Liberty (South Wind Blows) performed by the RTE Concert Orchestra. Over the last two decades Denis has become established as one of the leading composers in Irish Theatre and Dance having worked with many of the country’s leading companies including The Abbey, The Gate, Rough Magic, Fishamble, Junk Ensemble, The Corn Exchange and many others. His theatre work has been performed throughout Europe and the United States as well as Australia and China. His awards include honours from the Irish Times Theatre Awards, The European Short film Biennale and The Underground Film Awards.

Farouk Alao's style is ever-evolving. By trying to make sense of the world around him through his work, he hopes he can help others understand theirs. He focuses his work on humanity, questioning the things we think we know about ourselves. He previously worked at the M&C Saatchi offices in London for several months after a 4-week placement as a Graphic + Motion designer. He currently work at Stink Studios London as an Art Director.he is also the creative ambassador of Limerick, and the Co-Founder of Somint.art, an art marketplace for all that uses NFT and Blockchain tech to enable people to take control of their talent.

RESEARCH
Dr Sophie Murray is an expert in space weather at Dublin Institute for Advanced Studies (DIAS), with over a decade of experience in research and project management. She work with scientists, forecasters, and policy makers to develop operational space weather forecasting tools. As a Technical Officer at DIAS Dunsink Observatory, Sophie also supports research activities and public engagement activities for the Astronomy and Astrophysics Section.

Brendan Owens is a researcher at Trinity College Dublin, former Open Science Coordinator at Science Gallery Dublin, and Royal Observatory Greenwich Astronomer Emeritus. Brendan's background is in astronomy communication, having worked at the Royal Observatory Greenwich in London for almost a decade. His previous projects have ranged from designing schools workshops, to community collaborations, curating exhibitions and overseeing the installation of a new telescope facility. He holds a B.Sc. in Physics and Astronomy and M.Sc. in Science Communication, both from Dublin City University and remains closely tied to astronomy and astrophysics as Astronomer Emeritus for the Royal Observatory. He is passionate about technology, stargazing and exploring where other people's passions and needs intersect with science and art.

'Written in the Stars: A Migrant's Journey in Science Communication and Poetry'
Photos by the wonderful Conor McCabe 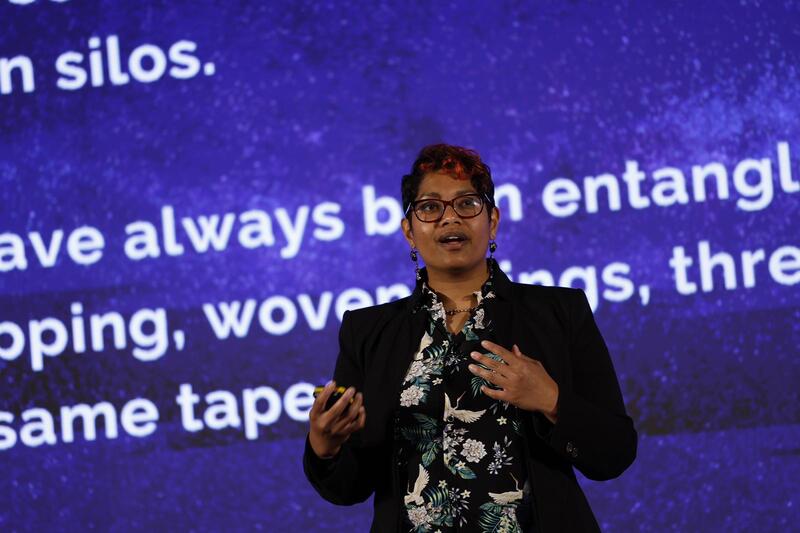 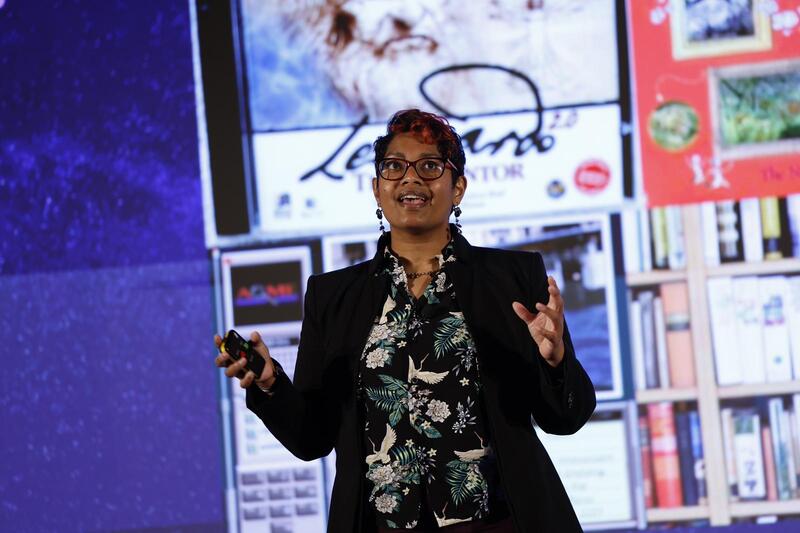 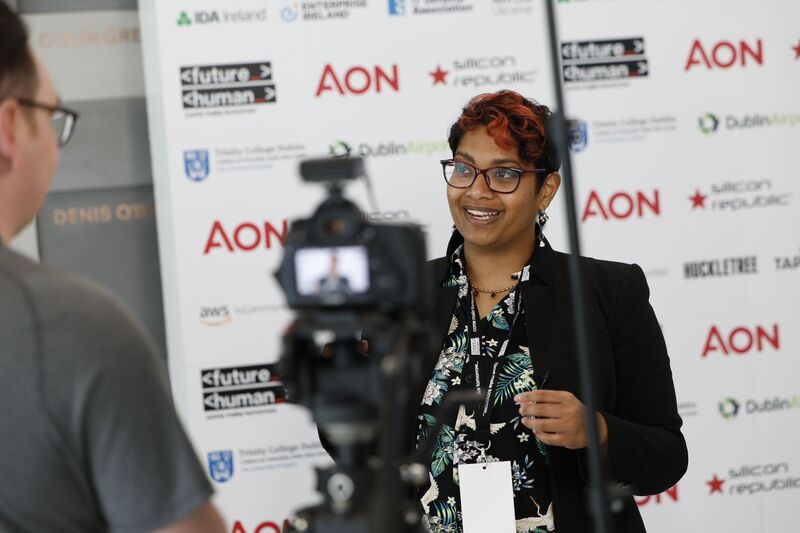 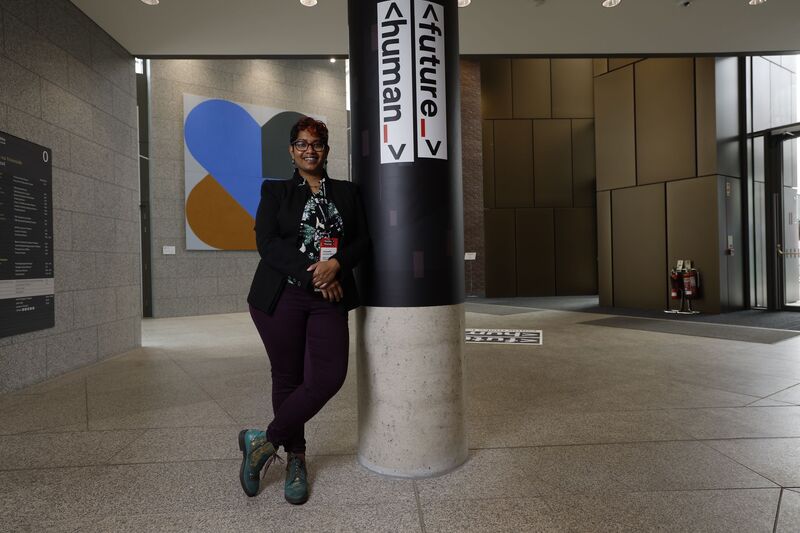